Stefania Nistoreanu is a Cryptocurrency-Friendly artist interested in Bitcoin and its values.

At 36, Stefania Nistoreanu is one of the most appreciated and popular young artists in her country. In 2016, she became the first artist in Romania, and one of the few in the world, to sell a painting using Bitcoin.

Stefania was born in a beautiful city in northeastern Romania and grew up in a mountain village, at the parish of her father, with her brothers.

She started to paint at the early age of 13, when she understood the beauty of this profession. A year later, she chose to attend an art high school, and then a university in the same field, focusing on Byzantine art.

Her works have been featured in many publications and national television channels, and she exposed her work in numerous art galleries and fairs around the world.

With 16,000 visitors, 200 independent exhibitors (from around the world) and often 7,000 products on display, Parallax ‘Art’ Fair is the most popular fair of its kind in London today.

“Iconography sometimes brought me in balance between good and bad. On one side – the chaos, on the other – the order. But what is good and bad, who can tell me what order there lies in chaos and how chaos exists in order …? I still don’t know, but l’m looking for the answer and I express my search on canvas. I’m priviledged I can do that” 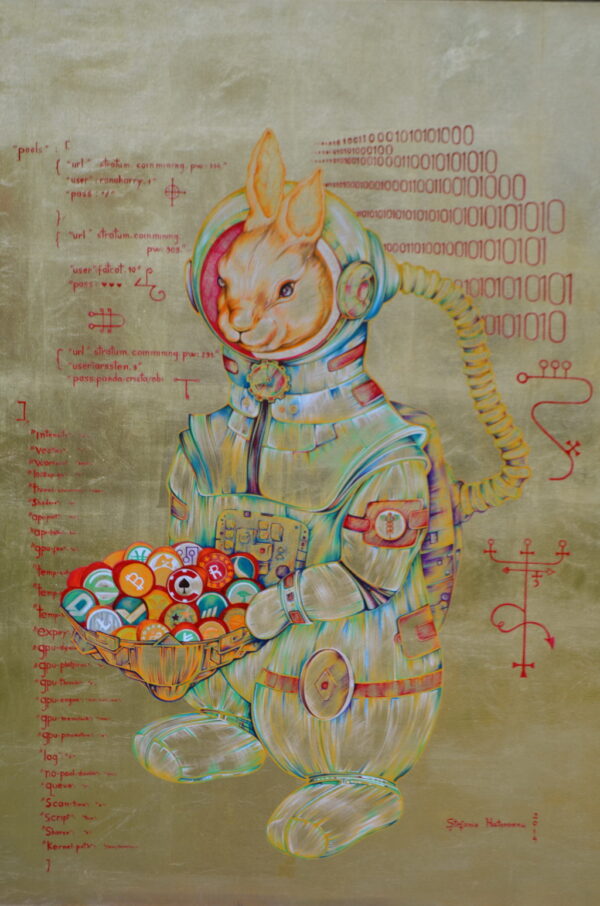 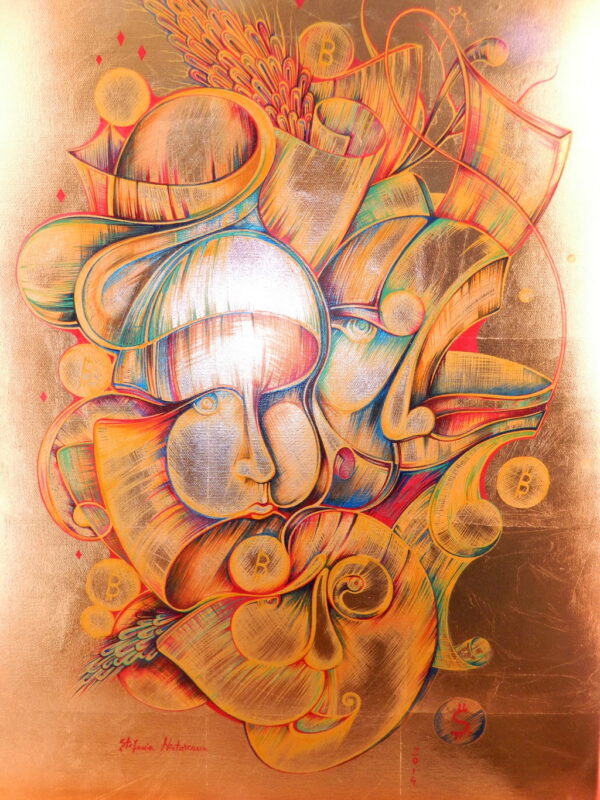 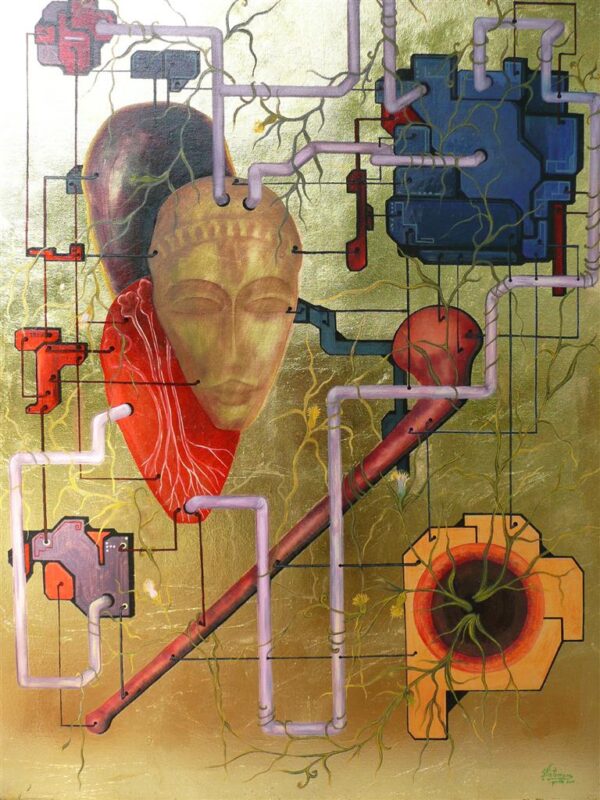 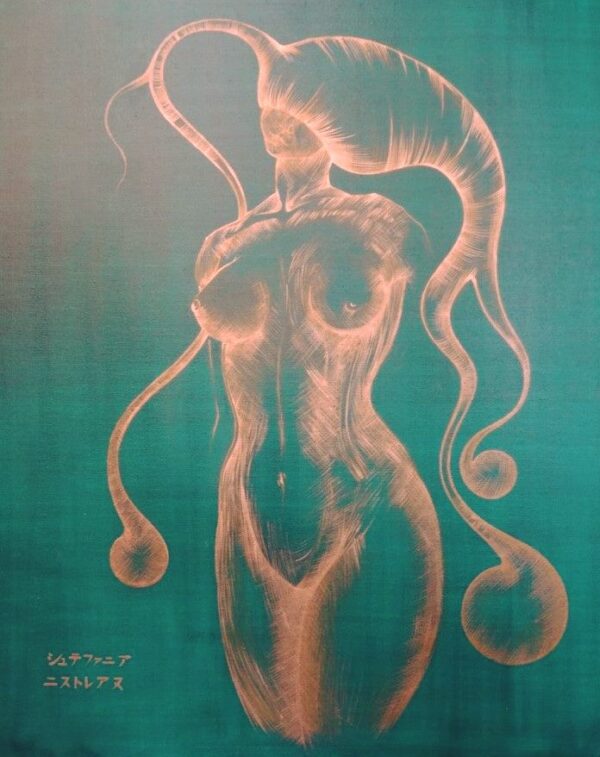 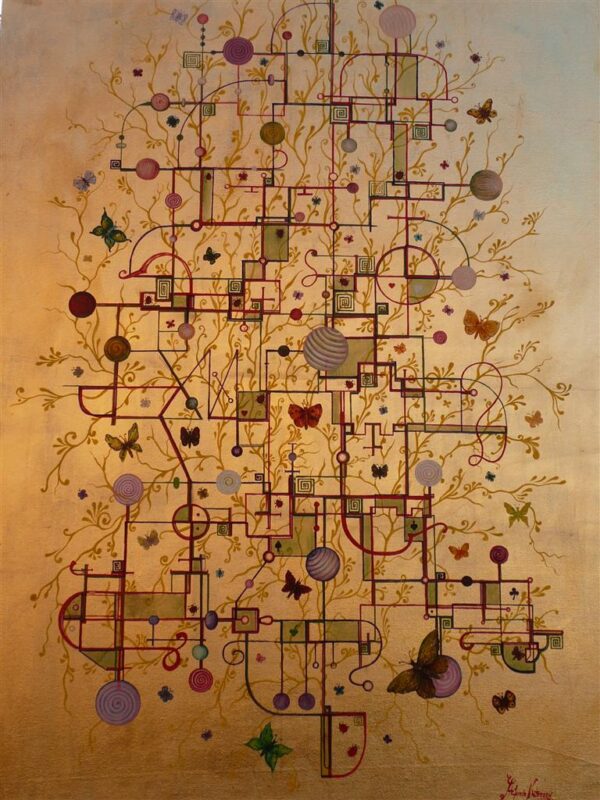 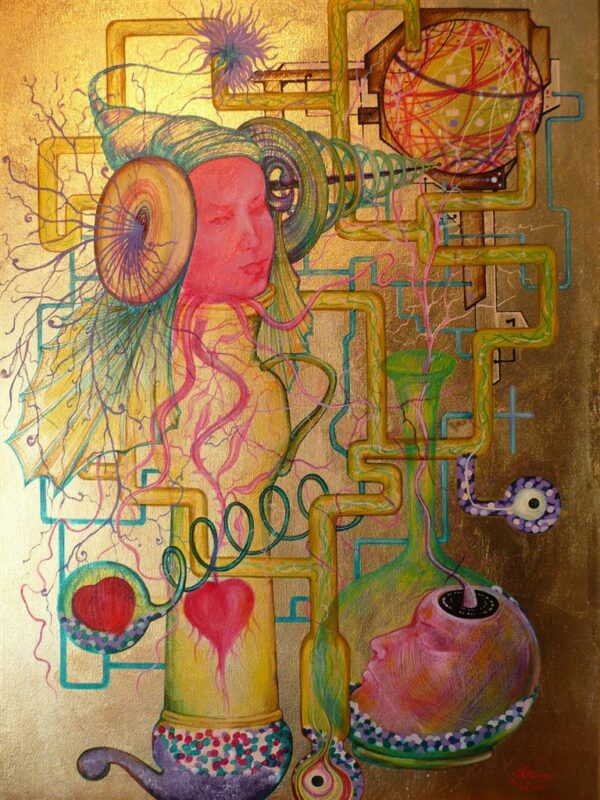 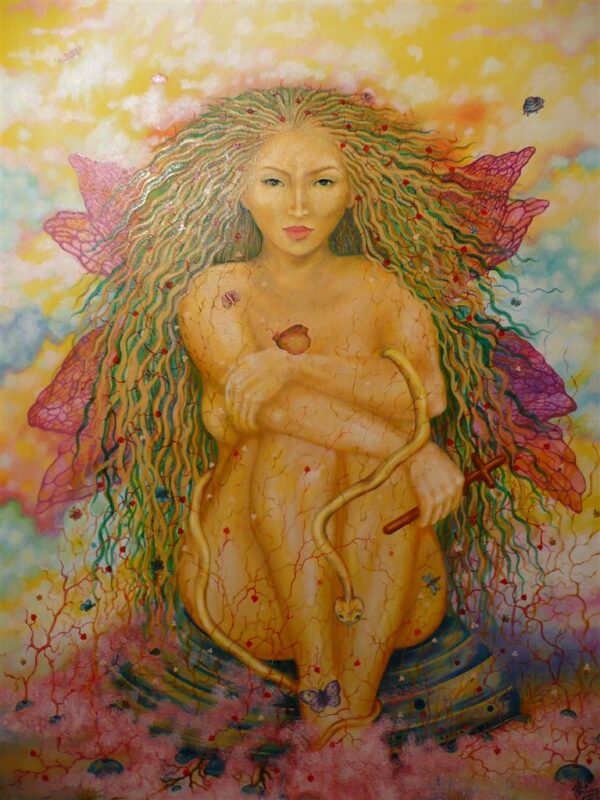 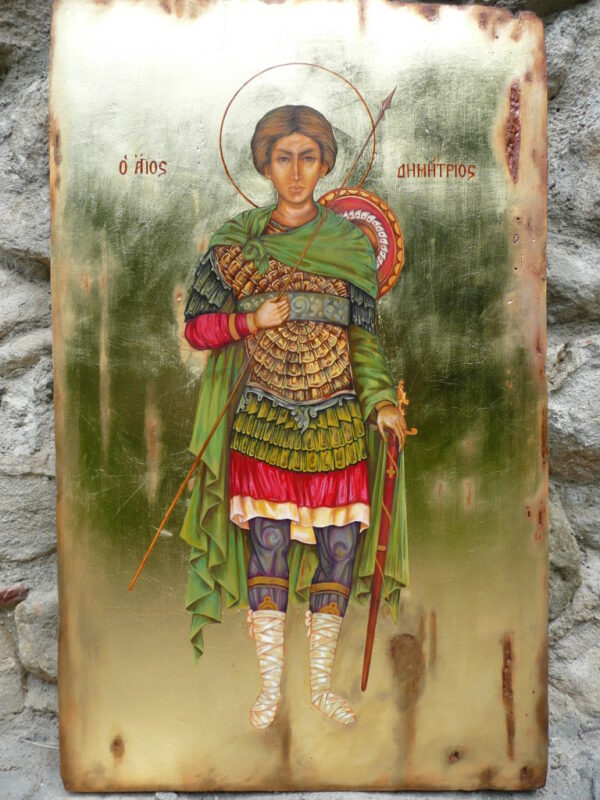 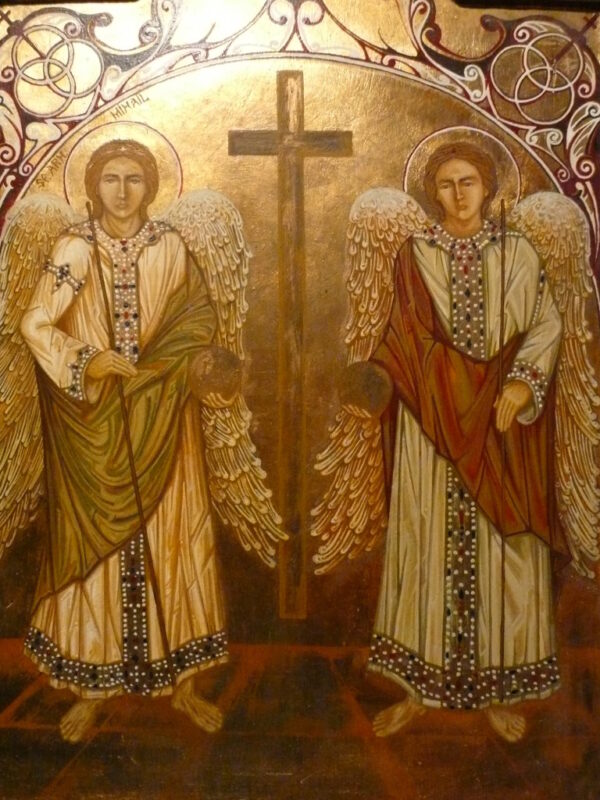 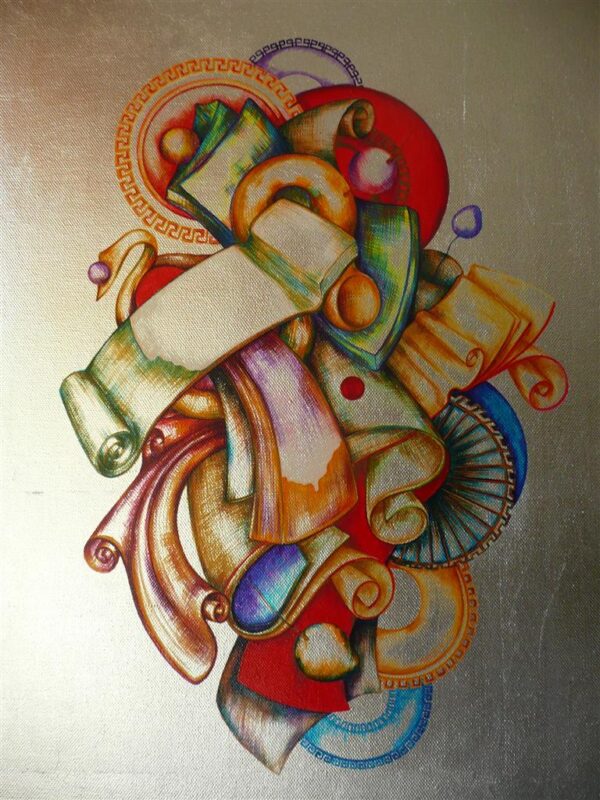 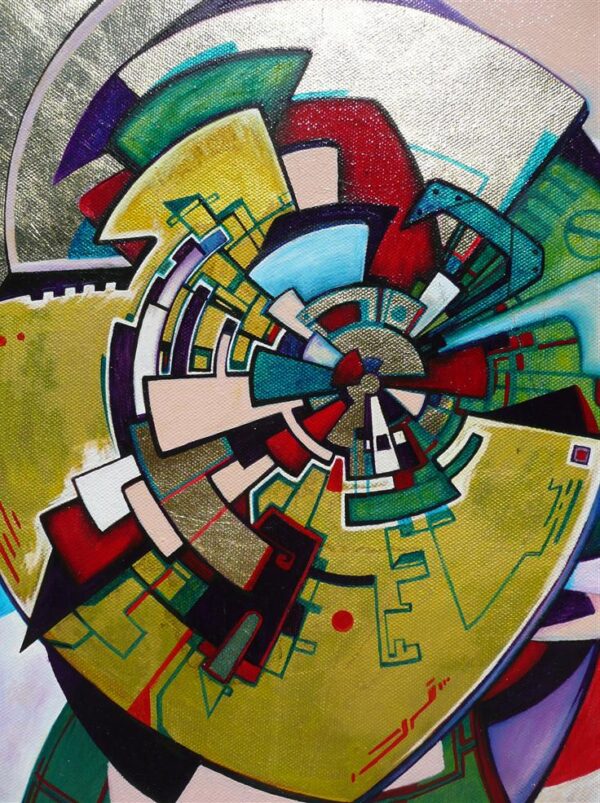 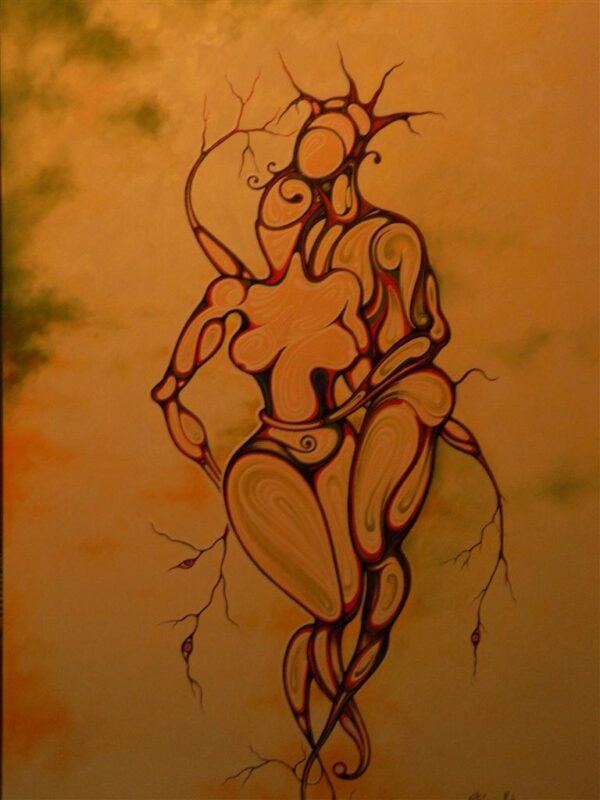 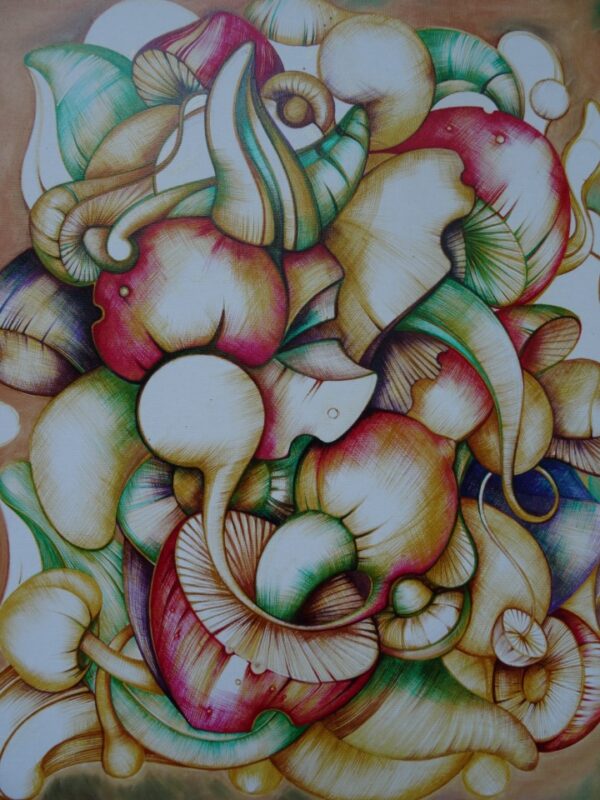 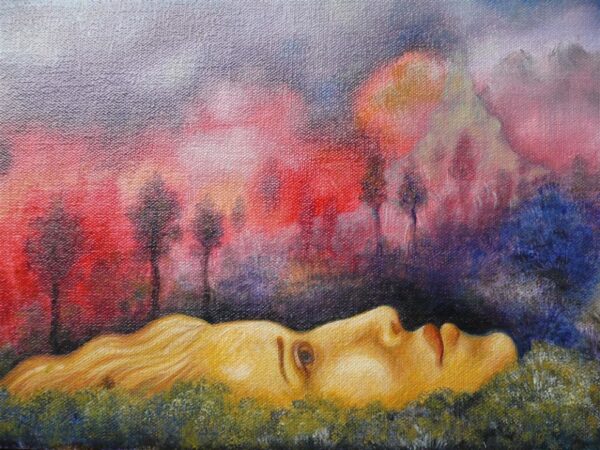 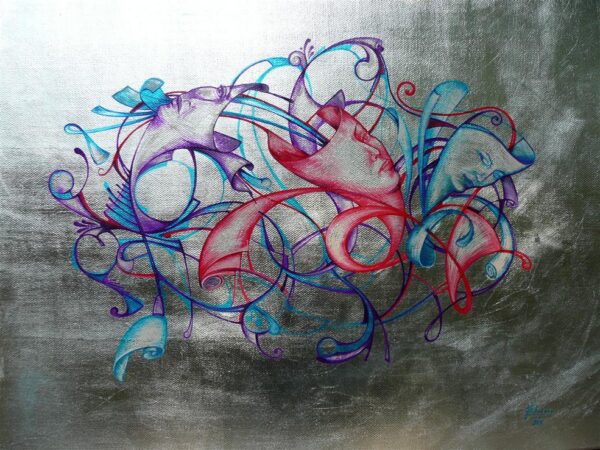 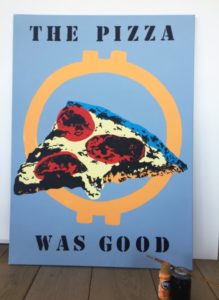 The Pizza Was Good – Acrylic on Canvas 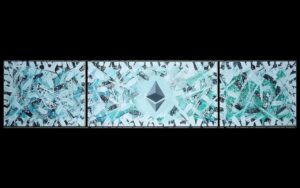