The Bitcoin Luxury Marketplace since 2016.

Buy and sell art and luxury items with cryptocurrencies. 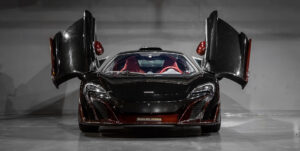 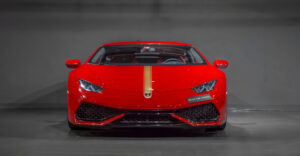 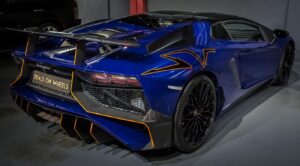 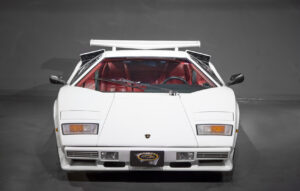 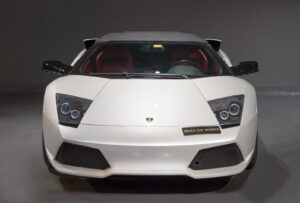 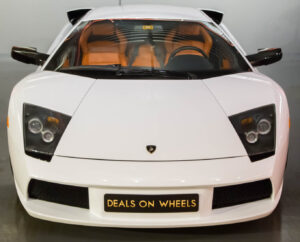 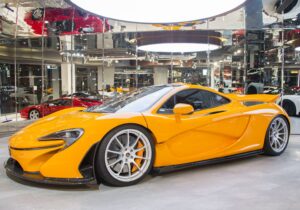 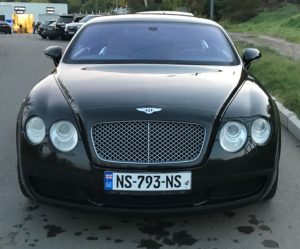 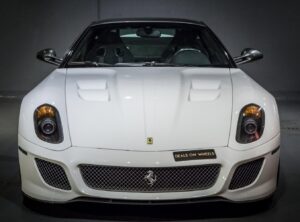 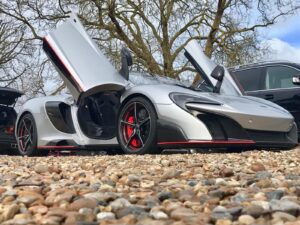 It’s official. NFTs have exploded. Prompting a wild free for all on one side with numbers you can scarcely believe and deep and justified skepticism on the other. But the problem is most have only the most rudimentary understanding of what NFTs are and what they can do. So I set myself the goal of making the most comprehensive, wide-ranging NFT film ever, one that covered everything - art, music, fashion, defi and the metaverse. The greatest NFT film ever made. And I failed because there’s too much, it’s exploding out of every orifice blockchain has to offer. And there are many. There’s no way I can cover it all. Not without boring you rigid. But I hope that if you do make it to the end of this utter beast of a film you come out properly armed to dismiss or embrace them. So get comfortable as we shine a massive megawatt light on the maddest, baddest tokens in crypto.

Thanks for watching! Subscribe to our newsletter for free and stay up to date on everything happening in the NFT world: https://newsletter.thedefiant.io/

The Greatest NFT Film Ever Made

In this video Barbara and Morton Mandel recount their journey as passionate collectors of 20th and 21st-century art. Throughout their lives, the Mandels have acquired examples by Modern and Post War masters – from Pablo Picasso to Donald Judd. The collection’s breadth attests to the couple’s dedication to selecting only great works. Raising The Bar: Masterworks from the Collection of Morton and Barbara Mandel will be held on the evening of 16 May prior to our Contemporary Art Evening Auction.

Lessons from the Art Collection of a Billionaire Businessman

#sailingyacht, #sailing, #superyacht
If you are into sailing yachts, you’ve probably heard about the Sailing Yacht A project. This is a superyacht built by Nobiskrug shipyard in Germany. The vessel in one of a kind, you won’t find another yacht like this in the world. It reportedly cost $600 million back in 2015 and it was the most complicated project in the sailing yacht building industry.

Nobiskrug couldn’t produce all the parts of the superyacht without contractors from all over the world. The company partnered with numerous European and American businesses to provide unique sail supported yacht that is extremely big, absolutely unique and incredibly expensive. Sailing Yacht A belongs to a Russian billionaire, Andrey Melnichenko.

Nobiskrug announced the new project in 2015 and delivered the yacht in 2017. Right after it left the Nobiskrug’s shipyard in Kiel, Germany, the boat was named the boundary pushing superyacht by Boat International. During final tests the yacht crossed Baltic Sea with nearly empty fuel tanks using mainly wind power.

If you want to get updated on our new videos, subscribe to the channel:
https://www.youtube.com/channel/UClDmp1tTwLarbC6VtXXZ5PA?sub_confirmation=1

Half Billion $ Sailing Yacht A – Inside Huge Superyacht

This week we are touring an incredible seven-story $95 Million estate in the heart of Paris with an underground pool and a spa that will rival five-star hotels. Follow us on Instagram @EnesYilmazer , @AyersWorld !

Make sure to follow me on my 2nd channel: Enes Plus
https://www.youtube.com/EnesPlus

For any business inquiries please contact me at: [email protected]

Would you like your listing or property to be featured on this channel? Click the link to get in touch with us: https://bit.ly/2tQBnyv

Listing Description: "TRESOR CACHE is a 1237 sqm newly built behind a restored historical facade situated in a gated square within a quiet, secure and prestigious neighborhood, in the 16th district of Paris, just one mile from the Avenue des Champs-Élysées. Behind the building's historic façade lies a comfortable and prestigious interior with the very best of the latest modern features. The house boasts a master suite, several guest suites and reception halls, a custom-made artisanal kitchen, 3 entire floors for recreational activities, a 16-meter indoor swimming pool – the only one of its kind in Paris - a movie theater with 4K projector and Dolby Atmos sound system, and best of all, a private night club, and a large wine cellar. Trésor Caché offers all the qualities of a luxury home in the heart of the busting City of Lights."

WeBull is the app I use to invest in stocks:
Get 2 free Stocks on WeBull when you open an account and deposit $100 (Valued up to $1400): https://act.webull.com/k/bCDhBDjQ1epq/main

Camera Gear used in the Video and Edit:
https://www.amazon.com/shop/enesyilmazer?listId=1OXA45Y91M6J7

Inside a Seven Floor $95,000,000 PARIS Mansion With an Underground Pool

Lisa Schiff is the world's leading art advisor and one of the world's most active art buyers. On behalf of her clients she buys 100-300 pieces, yearly – so almost one work every day. Her focus is on contemporary artists. In this insightful interview with Professor Magnus Resch, she explains how she sources artists, what collectors are looking for when buying art and how what artists should do to attract the attention of buyers.

Watch other expert interviews and learn more about how to become a successful artist:
http://www.magnusclass.com

In this online class, you’ll learn about:
• Finding gallery representation
• Pricing your artworks
• Selling your art via Instagram

More about MagnusClass: Why do some artists flourish, while others struggle? Management Professor, art market entrepreneur and best-selling book author Magnus Resch reveals in over 50 video sessions the key to success as an artist. He will show you how to have a career in the field you love, and answer questions such as: how can I make a successful living from my artwork? How do I find gallery representation? How do I find collectors, and how should I approach them? How should I price my artwork? And what’s the best Instagram strategy? Visit www.magnusclass.com

Special thanks to Ryan Serhant, Matthew Soules, Samuel Stein and The Dronalist.

We welcome you sharing our content to inspire others, but please be nice and play by our rules - http://www.theb1m.com/guidelines-for-sharing

Ripping and/or editing this video is illegal and will result in legal action.

Why New York’s Billionaires’ Row Is Half Empty

Imagine a riverboat that has been expertly navigating its waterways for decades suddenly finds itself out in the open water of the high seas—it wouldn’t be a pretty sight, right? Well, that, more or less, is the predicament galleries have been finding themselves in recent years as the environment they had been structured to thrive in (mostly local, relationship-based, slow, controlled) has been replaced by a global, always-on competitive landscape that is both costlier to operate in and far more volatile.

In this conversation, guest speakers address how dealers are rethinking the way they do business—and how they engineer those businesses themselves—to retrofit themselves for the new reality, and to take advantage of the enormous opportunities available to smart, innovative art galleries today.

This week we are in Istanbul, Turkey, touring a newly constructed 263 foot Superyacht with incredible amenities and 2 swimming pools built by Bilgin Yacht! Follow us on Instagram @EnesYilmazerLA , @AyersWorld , @Jaysonk0312!

Make sure to follow me on my 2nd channel: Enes Plus
https://www.youtube.com/EnesPlus

For any business inquiries please contact me at: [email protected]

Would you like your listing or property to be featured on this channel? Click the link to get in touch with us: https://bit.ly/2tQBnyv

More information on the yatch:
https://bilginyacht.com/EN/bilgin-263-i

Yatch Description: "Bilgin Yachts has currently built three units of the 80-metre Bilgin 263 series. The first unit of the Bilgin 263 series, Tatiana -also named as NB75- was launched in February 2020. The second hull –which is already sold- is planned to be launched in 2021 and following that, the third hull of the model will be delivered to her owner in 2022. The yachts reflect the shipyard's goal to be one of the prominent brands in the world.

Bilgin 263 yachts have sharp exterior lines and stylish interior areas offering a modern feeling. The extensive use of a contrasting combination of rich Macassar ebony, eucalyptus and plenty of marble creates a strong identity and luxurious feeling in the superyacht.

Emrecan Özgün, CEO and the Founder of Unique Yacht Design describes the brand-new 263 series as follows: "With her design and comfort elements, the Bilgin 263 is truly one-of-a-kind. We created a very attractive yacht with a sleek and sexy profile while avoiding high dosage design cliches. The increase in living areas normally result in bulky designs. The Bilgin 263 has a design attitude that will dominate the yachting sector around the world. This will clearly make her a trendsetter among steel-aluminium superyachts of today." According to Jonny Horsfield of H2 Yacht Design, the first unit of the series Tatiana has a stunning interior complementing the modern exterior lines. He says, “The client has been involved in the industry for years and has had several yachts so he knew exactly what to like and what not to like. He loves to entertain his family and friends to sit back and relax whilst cruising the Med. As a result of our works together, Tatiana appeared. This yacht is contemporary in layout with generous living areas, a huge spa and a beach club on the aft deck.” H2 had to translate the owner’s wishes into comfortable, luxurious yet usable interiors. Timeless understatement is indeed the recurrent theme on board.."

My Channel: Hi Everybody, my name is Enes Yilmazer and welcome to my channel! I am a real estate enthusiast / developer out of Los Angeles, California. Come and follow me on my channel to see some of the craziest and most luxurious homes in United States and around the world. If you like my videos make sure to hit that SUBSCRIBE button. Leave a comment on any video if you have any questions about LA or homes we tour or simply to say Hi! I respond to all my comments. Looking forward to meeting you!
Cheers, Enes Yilmazer

WeBull is the app I use to invest in stocks:
Get 2 free Stocks on WeBull when you open an account and deposit $100 (Valued up to $1400):
https://act.webull.com/nv/bCDhBDjQ1epq/3ws/inviteUs/main

Camera Gear used in the Video and Edit:
https://www.amazon.com/shop/enesyilmazer?listId=1OXA45Y91M6J7

Music In this Video: https://www.epidemicsound.com/referral/kn080u/

Sorry guys, we were only given 30 min for this Tour and the galley, engine room and the crew quarters were OFF LIMITS to us on this Tour 🙈😎

Drop comments and questions below. I will make sure to reply to every single one:)

#NautiStyles
This is not your average walkthrough! We don’t do boring, monotone, voiceover-type tours! This channel is all about having fun and not taking yourself too seriously while checking out the coolest Yachts out there.

DISCLAIMER: Links included in this description might be affiliate links. If you purchase a product or service with the links that I provide I may receive a small commission. There is no additional charge to you! Thank you for supporting my channel so I can continue to provide you with free content each week!

For this first one, only a single token is available in a no-reserve auction format which will end sometime between March 13th and 14th.

Prefer to listen as a Podcast? Subscribe to Speaking of Bitcoin:

Image Credits: Photos by Olga DeLawrence and Micheile Henderson on Unsplash, modified by Speaking of Bitcoin

This video is an opinion and in no way should be construed as statements of fact. Scams, bad business opportunities, and fake gurus are subjective terms that mean different things to different people. I think someone who promises $100K/month for an upfront fee of $2K is a scam. Others would call it a Napoleon Hill pitch.
#cryptozoo #loganpaul #adobe 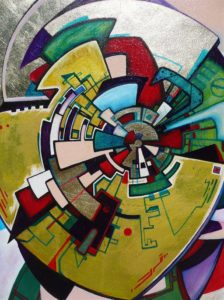 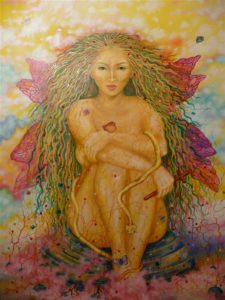 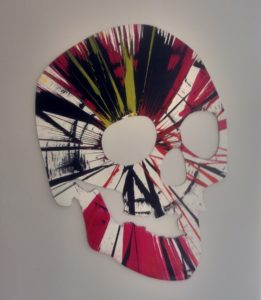 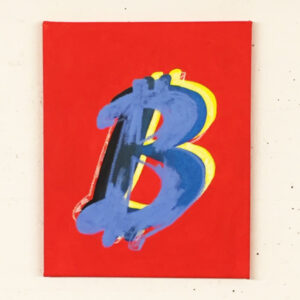 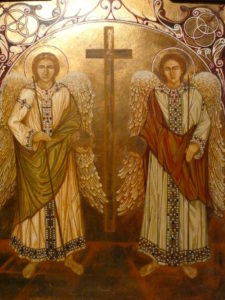 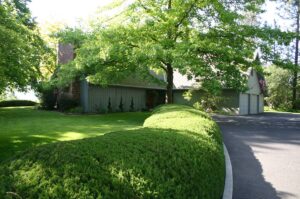 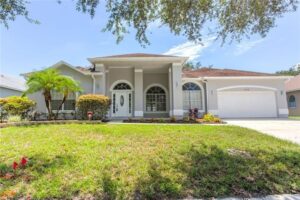 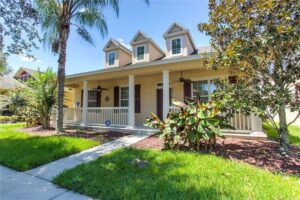 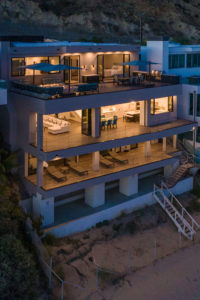 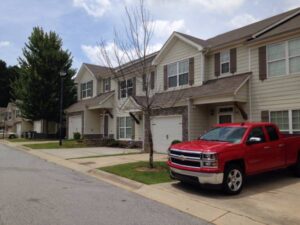 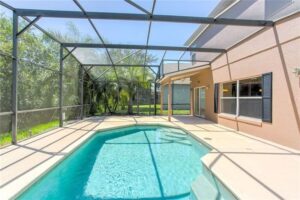 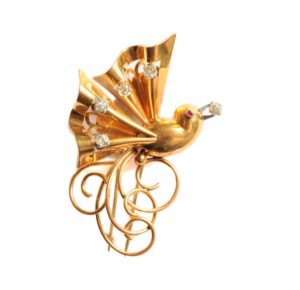 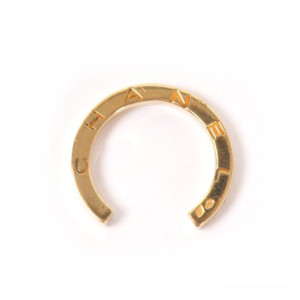 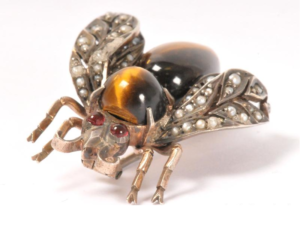 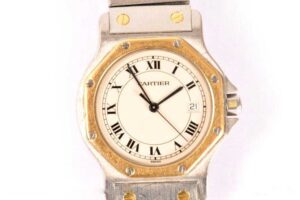 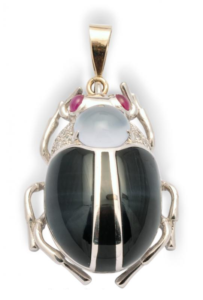 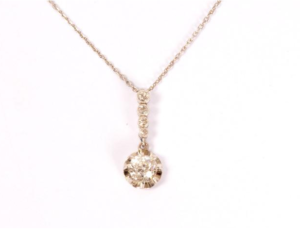