Get LVF Louvois Francs with that purchase
Discover our cryptocurrency...

Satoshi is really excited to have finally finished his life work, and decided that wanted to embed something into the blockchain, to send a message, but also to prove that from that day forward the blockchain will live.

Satoshi was probably having breakfast reading a newspaper.Glacing at the newspaper, The Times, he (or she) reads something…

“Chanchellor on brink of second bailout for banks” is what is written in the first block of the blockchain.

This painting represents the so called “Network Genesis“.

You can see The Times page that was used by Satoshi Nakamoto to choose the sentence to start the blockchain.
On the back of the painting there’s the code of Satoshi’s paper. 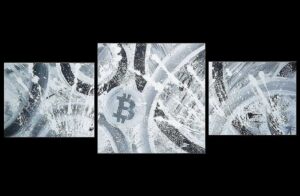 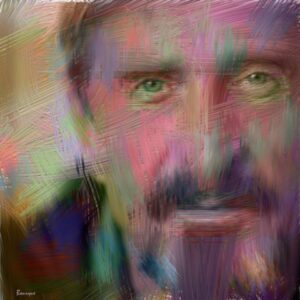 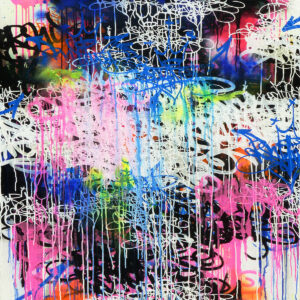 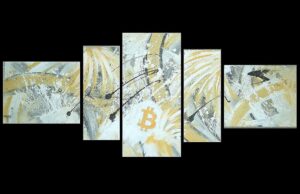 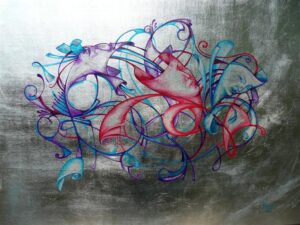 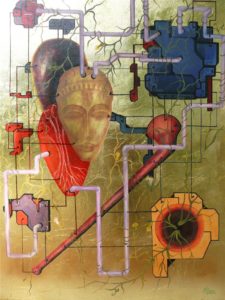