This splendid landscape does not in fact represent any known view. Like so many of Grossgasteiger ‘s landscapes, it is a recreation, from the artist’s imagination, of the spirit of the Italian landscape, rather than an image of a particular, specific place.

About the author : Jean Grossgasteiger was active/lived in Italy, Europe and he is a well known artisto of the 19th century.

Please read description for more informations about this exceptional artwork.

This item has been listed more than a year ago.
You may want to verify its availability before placing an order by clicking the    message button.

This is the contact profile for items listed on the first version of DeLouvois.com Some of these items cannot be purchased directly, might have been sold, or may no longer be for sale. If you want to inquire about one of them, just contact us through this profile. If you have listed one of these item, you can claim ownership of the listing by contacting us.

–
The Austrian painter Jean Grossgasteiger was born in Tyrol and is active in Naples and surroundings, starting from 1837. May be, Nicola Grossgasteiger a watchmaker owning a workshop in Vico Birri n. 2, in Naples since 1845 was the father of Jean Grossgasteiger.
–
From 1837 to 1841 he attended the Royal Institute of Fine Arts in Naples and followed the teachings of the Dutch painter Anton Sminck van Pitloo. In the documents of the Institute it is named as Giovanni Grossgasteiger, then with the Italianized name, a sign that has long resided in Naples. At the “Borbonica” exhibition in 1841, as a student of the Institute, he presented a view of Vietri. He returned to exhibit in later “Bourbon” exhibitions, but no longer as a pupil: in 1845 he was present with Veduta di Ischia, in 1851 with a view of Lago di Agnano and in 1855 with Villa Paliani-Colonna a Capodimonte. In 1862 he was in Madrid and there he appeared at the “Exposicion Nacional de Bellas Artes de Madrid”, with the Dintorni of Madrid design and with two other works: Biarritz and Capri.
–
In 1861 he painted the Tomb of Etienne Janus Girard on the coast, with the background of Vesuvius. Etienne Janus Girard was a French landscape painter, (St-Alban (Savoy), 28 December 1820 – Naples, 4 September 1849), perhaps a classmate of Grossgasteiger.
–
Jean Grossgasteiger was attentive to the innovations of modern technology: in one of his oil of 1894 representing the Neapolitan coast, with Capri in the background (Ansicht von Neapel with Blick auf Capri), we see the passage of a train. It was published a drawing of a factory of the textile factory Schlaepfer Wenner & C. which already in 1837 gave work to 200 workers in Salerno, 1,400 in Nocera Inferiore and 1,000 in Angri.
–
He painted oil on canvas, medium or small, with wide and airy views, always lingering on the particular minutes. His pictorial works are rare: Naples from Marechiaro and View of Salerno from the Torrione, of which only the image is known, which is reproduced in lithography.
–
The watercolors are interesting, in shades of gray or cuttlefish, designed to reproduce the atmosphere of a photograph, with delicate overlays of colors. It was always effective in the chiaroscuro and in the overhead lights, as in the Natural Arch of Capri with the background of Punta Campanella and in View of Capri from the road to the villa of Tiberius. In night-time views, its white-washed rises were used to highlight the points illuminated by the moon’s rays and the flickering light of the sea lamps. He had little interest in the figure and the human presence was rarely represented by him and with few essential traits, far from the tradition of the school of Posillipo.
–
https://it.wikipedia.org/wiki/Jean_Grossgasteiger
–
Some books about the author:
–
Sergio Ortolani, Giacinto Gigante e la pittura di paesaggio a Napoli e in Italia dal ‘600 all’800, Napoli, Montanino, 1970, SBN ITICCUSBL354561. p. 150 e 190.
Giancarlo Alisio… e altri, Il mito e l’immagine: Capri, Ischia e Procida nella pittura dal ‘600 ai primi del ‘900, Torino, Nuova ERI, 1988, SBN ITICCUNAP085766.
Massimo Ricciardi, Paesaggisti stranieri in Campania nell’Ottocento, Salerno, De Luca, 2002, SBN ITICCUNAP281248. pp. 147 e 301, pubblica due oli.
Cesare De Seta, Iconografia delle città in Campania: le province di Avellino, Benevento, Caserta, Salerno, Napoli, Electa, 2007, SBN ITICCUNAP397042. Pubblica un disegno di Jean Grossgasteiger.
(DE) Saur allgemeines Künstlerlexikon: die bildenden Künstler aller Zeiten und Völker 63: Grondona-Grysuk, München – Leipzig, K. G. Saur, 2009, SBN ITICCULO11253997. p. 163.
–
Museums exposing artworks of the author : Il Musée d’Art et d’Histoire, Neuchâtel, France 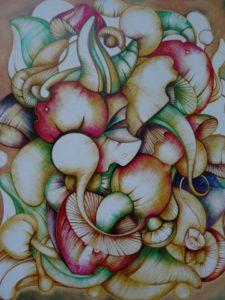 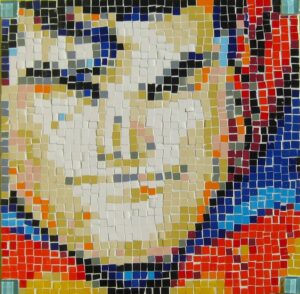 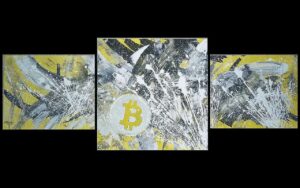